You can get an early look at Breachstorm: Reloaded now! Just click the image above to view the preview page. Some details of the campaign may change before launch.

Breachstorm: Reloaded is just around the corner (launching on April 30th), so it's time to take a look at some of the new units that will be available during the campaign! Dressed to Impress By design, M-TAC rifle squads are highly flexible units whose members are trained in a variety of battlefield roles. When their mission involves close quarter combat, these teams deploy breaching specialists, experts in forced entry and assault of fortified enemy positions. Like other M- 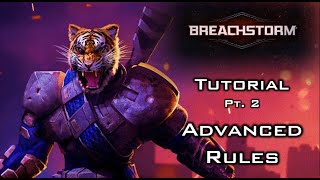 How To Play Breachstorm - Pt. 2

Last week we posted the first part of Breachstorm's new tutorial series; now you can continue your learning with part 2 - covering advanced rules such as terrain effects and tactical assets. 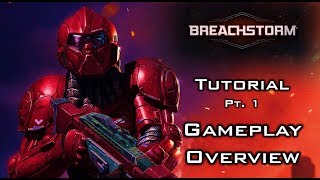 How to Play Breachstorm - Part 1

Learning to play Breachstorm? Check out part 1 of the game's new tutorial series, covering the core rules and overview of gameplay. The next video in the series will cover terrain effects and tactical assets.